This data can only be categorised. Data is given mutually exclusive labels and there is no order between categories. An example is car brands.

This data can be categorised and ranked. You cannot say anything about the intervals between the rankings. An example is language ability.

This data can be categorised, ranked and evenly spaced. There is no true zero point with different scales giving different zero points. An example is temperature in Fahrenheit or Celsius.

This data can be categorised, ranked, evenly spaced and has a true zero point. An example is temperature in Kelvin.

The following table provides a summary of descriptive statistics. You can read more about how the level of measurement relates to central tendancy and variability in our article Introduction to Descriptive Statistics. 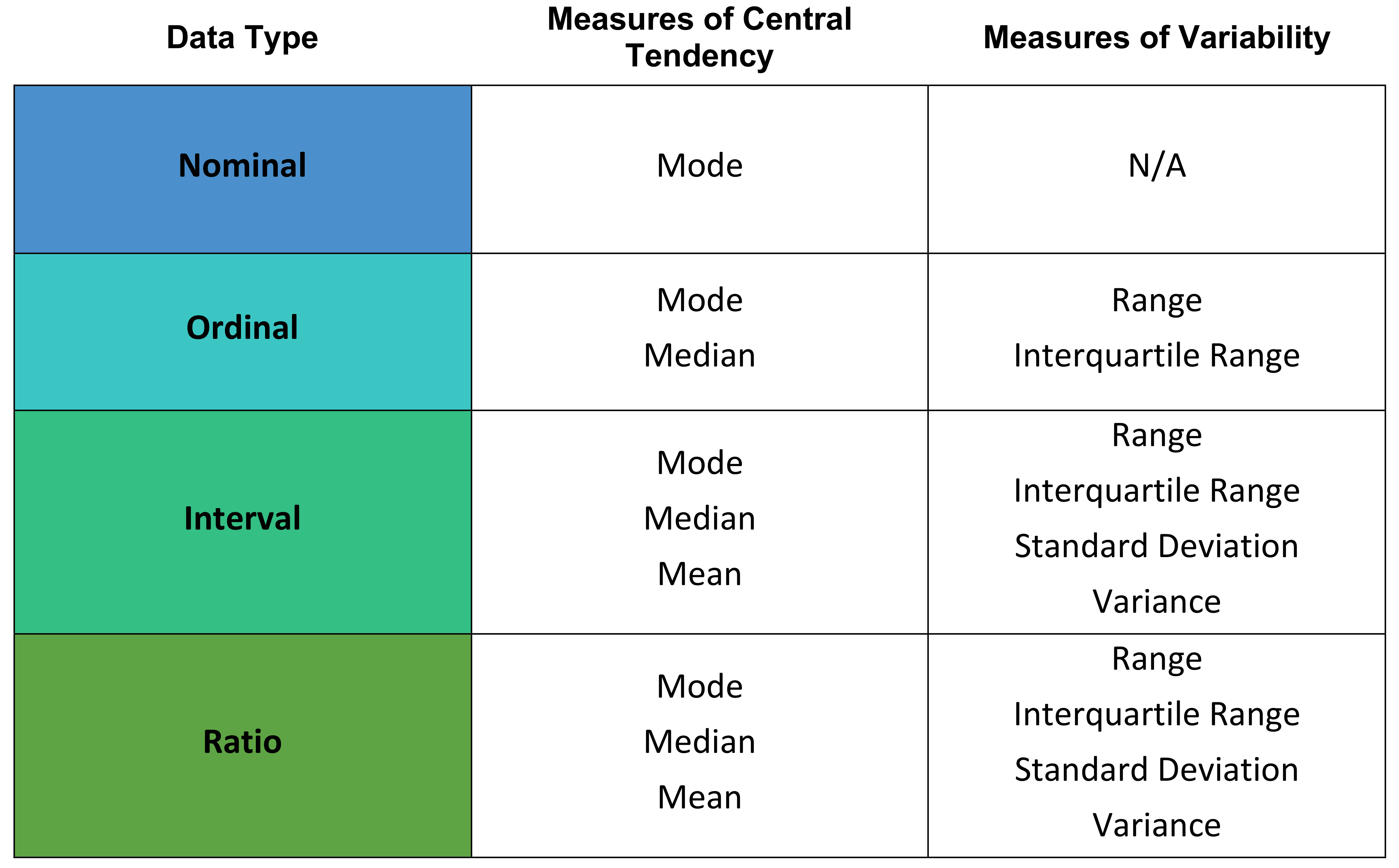 Sampling errors (the difference between a population parameter and a sample statistic) arise any time you gather data using a sample. This is because the sample is always smaller than the size of the population and will not completely reflect the population. The standard error of the mean estimates the variability across multiple samples taken from a population and is a common way to measure the sampling error. In other words, the standard error is used to describe how well your sample data represents the whole population.

Known Population Parameters - This will precisely calculate the standard error and where σ is the population standard deviation. 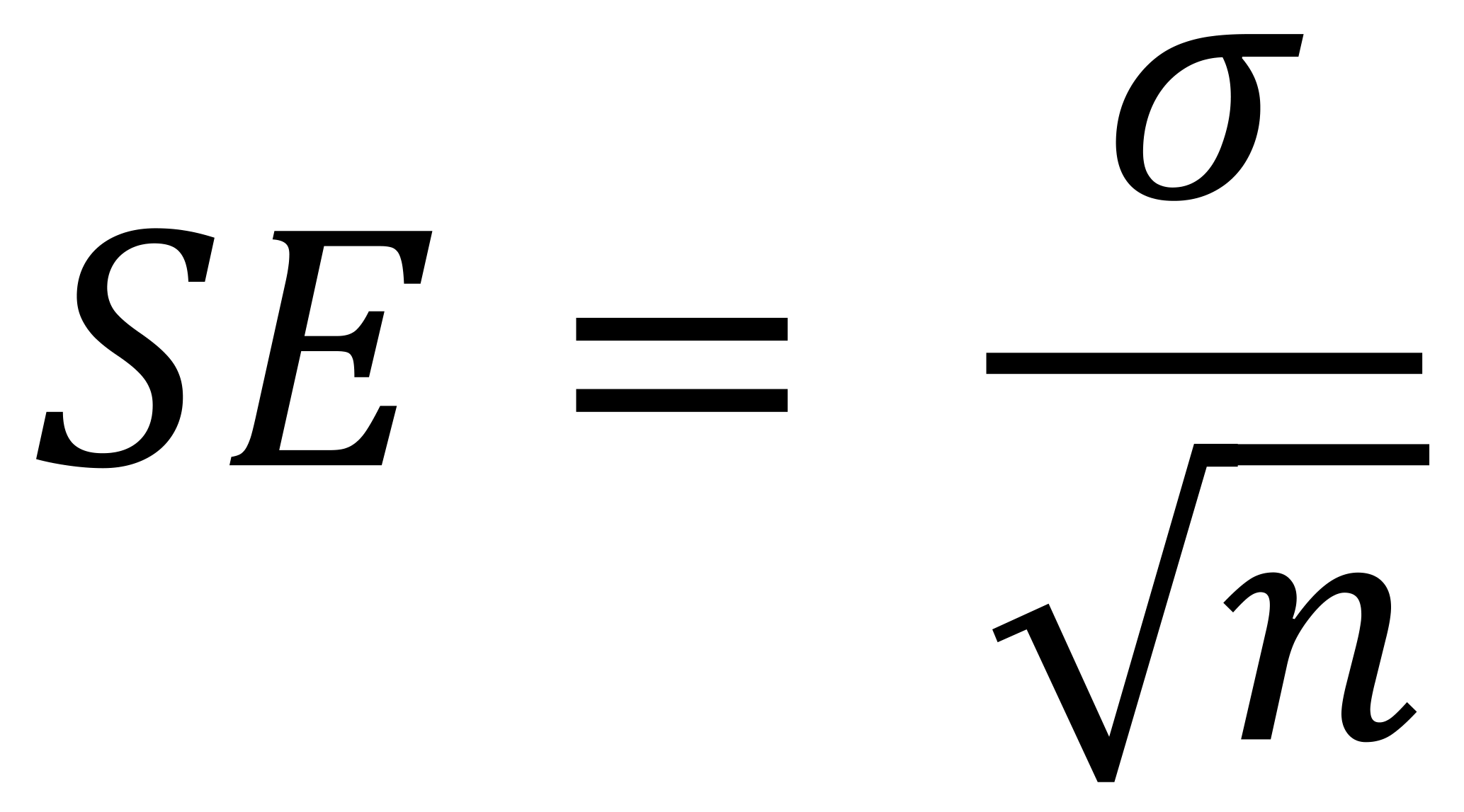 Unknown Population Parameters - This will provide an estimate of the standard error and where s is the sample standard deviation. 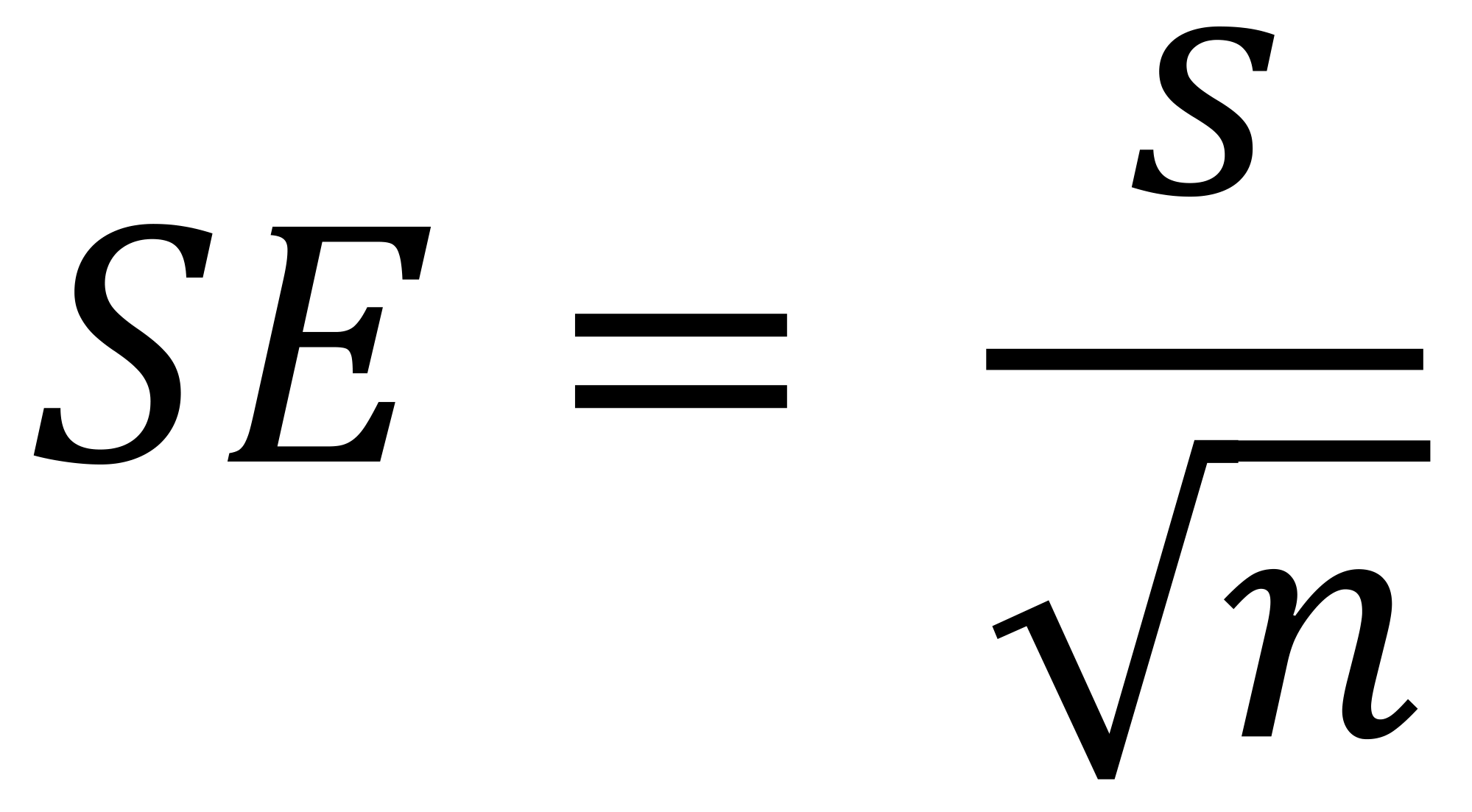 There are two major types of estimate you can make about the population using sample data. They are as follows:

It is best to use a combination of point estimates and interval estimates when reporting population characteristics from sample data.

A hypothesis is a prediction which is tested using statistical tests in a process known as hypothesis testing. The goal is to use sample data to compare different populations with one another or assess relationships between variables within one population. There are five steps in hypothesis testing:

The choice of statistical test largely lies with the sample data you are testing. It will be influenced by the level of measures used when gathering data and whether the data is parametric or non-parametric. There are three broad categories of tests you can use: comparison, correlation or regression. For further information on interpretation of hypothesis testing, please see the article on P-Values.

These assess whether there are differences in the means, medians or rankings of score between two or more groups. The type of test you select will depend upon whether your data is parametric, the number of samples and the levels of measurement of your variables. The tests you can employ are as follows:

These assess the extent to which two variables are associated without assuming cause-and-effect relationships. The tests you can employ depend upon whether the data is parametric and the levels of measurement of your variables. The tests are as follows:

These demonstrate whether changes in predictor variables causes changes in an outcome variable. They are used to test cause-and-effect relationships. The choice of test will depend upon the number and types of variables you have as predictors and outcomes. These tests use parametric data. If your data is not normally distributed, you can perform data transformations before using them. The tests are as follows: